“At a time when most people are understandably focused on their own struggles and challenges, I’ve never been prouder of our future professionals and school leaders for doing all they can to raise money and awareness for others in need,” said Dean and Cofounder Winn Claybaugh.

Each year, participating Future Professionals from the 100+ Paul Mitchell cosmetology and barbering schools voluntarily raise money for a variety of national and local charities. After a year and a half of COVID-related school closures and few opportunities to connect and serve others, they jumped at the chance to give in 2021. From August 1 to October 12, the annual FUNraising campaign raised over $1.3 million, bringing the Paul Mitchell School network’s 18-year total to over $23 million. The 2021 campaign benefited dozens of local nonprofits as well as the Andrew Gomez Dream Foundation, which donated on the Paul Mitchell School network’s behalf to Best Friends Animal Society, Boris Lawrence Henson Foundation, Coalition to Abolish Slavery and Trafficking (Cast), Children’s Miracle Network Hospitals, Food 4 Africa, Gary Sinise Foundation, Leeza’s Care Connection, No Limits, and Thirst Project.

The International Ballroom’s iconic chandeliers and glittering stage provided the perfect backdrop for an event that felt like a family reunion – in formal attire. Co-hosted by Winn Claybaugh, Marie Osmond, and Leeza Gibbons, the event also celebrated and welcomed the 2020 and 2021 First 100 contest winners: the first 100 students and school team members who individually raised at least $3,000. The outpouring of support was so strong that this year’s contest acknowledged 110 winners. Thanks to generous event sponsors who donated more than ever before, the First 110 winners received a ticket to the Gala, accommodations at the Beverly Hilton, and a day of hands-on education with Redken Master Artist and celebrity stylist Ruth Roche, award-winning barber and cosmetologist Fern Andong, and award-winning film and television makeup artist Debra Dietrich.

No Gala is complete without entertainment, and this one featured two powerhouse vocalists. Ava Paige, a 17-year-old singer/songwriter from Nashville and the Children’s Miracle Hospital Network’s 2021 Tennessee Ambassador, sang an original song and shared her story about battling cancer. Later in the evening, Broadway and TV star Megan Hilty, known for playing Glinda in Wicked, Doralee in 9 to 5 the Musical, and Ivy Lynn in NBC’s musical drama Smash, brought the audience to their feet with her show-stopping performance.

The audience also heard from this year’s selected charity representatives.

John Paul DeJoria, cofounder and chairman of John Paul Mitchell Systems, acknowledged the schools’ longtime support for Food 4 Africa. which has resulted in more than 34 million meals for orphaned children. To date, the Paul Mitchell Schools network has raised $1.26 million for Food 4 Africa, donated through the Andrew Gomez Dream Foundation, resulting in more than 34 million meals for children orphaned by the HIV/AIDS epidemic.

Leeza’s Care Connection provides support to those who care for the victims of Alzheimer’s and other memory-related diseases. Founder Leeza Gibbons said, “On behalf of the millions of family members who care for someone they love (maybe families like yours), we are so much more than grateful. You are unique in the hair dressing world, unique in the beauty industry, and unique in fundraising. We’re damned lucky to be worthy of being loved and supported by you!” To date, the Paul Mitchell School network has raised $1.375 million for Leeza’s Care Connection, donated through the Andrew Gomez Dream Foundation.

Seth Maxwell, founder and CEO of Thirst Project and Legacy Youth Leadership, said, “In a year that has been so hard, when it would seem the least logical to give, I thank you for showing up and being such an incredible movement.” To date, the Paul Mitchell School network has raised $630,000, donated through the Andrew Gomez Dream Foundation, to help Thirst Project provide clean water for hundreds of thousands of people. 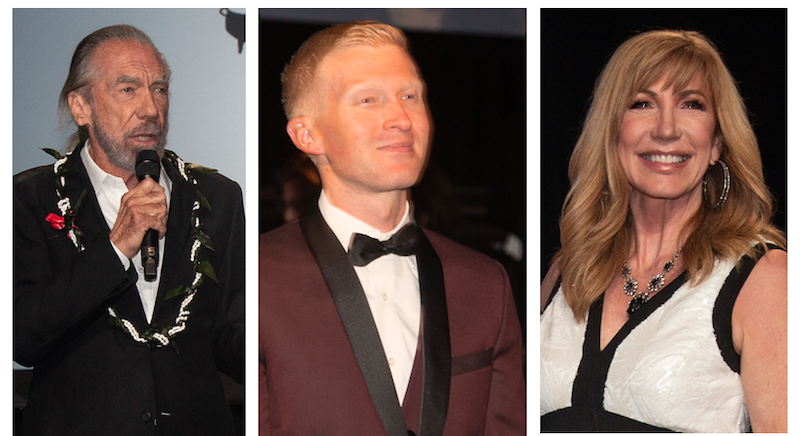 Representing Children’s Miracle Network Hospitals, cofounder Marie Osmond said, “The culture of giving that Winn and others have created is so awe-inspiring. Your efforts are blessing children’s hospitals to be able to address the most challenging health concerns today while preparing for those that come tomorrow. The funds you raised help children’s hospitals provide the best care by meeting their most urgent needs.” To date, the Paul Mitchell School network has raised $1.6 million for Children’s Miracle Network Hospitals, donated through the Andrew Gomez Dream Foundation.

Representing No Limits for Deaf Children and Families, motivational speaker and deaf comedian Kathy Buckley said, “We never knew that we could reach out virtually until the pandemic happened, so that really has been a blessing. Because of you we have reached out to 45 states in this country, and we are working with 8 different countries.” To date, the Paul Mitchell School network has raised $1.03 million for No Limits, donated through the Andrew Gomez Dream Foundation. 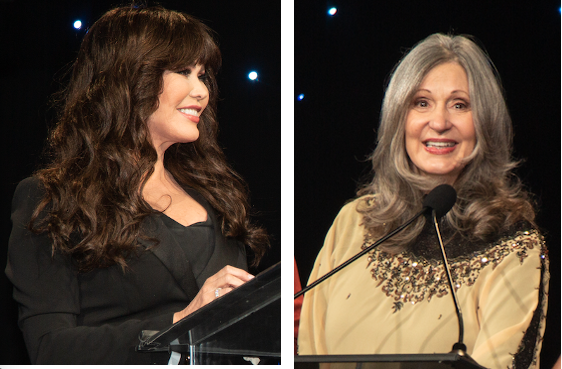 Coalition to Abolish Slavery and Trafficking (Cast) ambassador Nicole Scherzinger was unable to attend the event but shared her gratitude in a special message: “During the pandemic, Cast saw a 185% increase in urgent human trafficking cases, and that number is holding steady. That’s why your fundraising support means so much: it has a direct impact to survivors who need it most.” To date, the Paul Mitchell School network has raised $505,000 for Cast, donated through the Andrew Gomez Dream Foundation. Several individual Paul Mitchell Schools have also provided one-time scholarships for Cast survivors.

Gary Sinise Foundation Ambassador and wounded military hero Cedric King lost both of his legs from an IED explosion in Afghanistan. Describing the customized smart home he and his family received from the Gary Sinise Foundation, Cedric said, “It’s given me an ability to live in a home that I never could live in. To reach things. To regain my life back.” To date, the Paul Mitchell School network has raised $1 million for Gary Sinise Foundation, donated through the Andrew Gomez Dream Foundation. 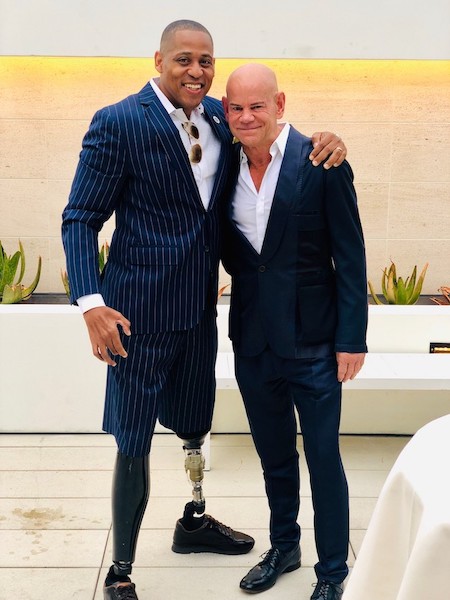 Winn says, “People often ask why we promote FUNraising in our schools. We believe that service is the rent we pay for room on this earth, so it’s our job to provide opportunities for our students to give back. Our FUNraising campaign lets us give back to our communities, join together as a team for something important outside of work, and provide our students with opportunities to develop skills that will help them in their careers and in life.”

The Andrew Gomez Dream Foundation started 18 years ago in honor of a special Future Professional who had a magical way of knowing when someone was struggling, depressed, or needed a hug – maybe because Andrew struggled with mental illness and depression himself. Despite his meteoric rise to success, Andrew ended his struggle by taking his own life in 2002. Because so many people loved him and wanted to continue the gift he gave, his family, former instructors, and friends formed the Andrew Gomez Dream Foundation in his honor.